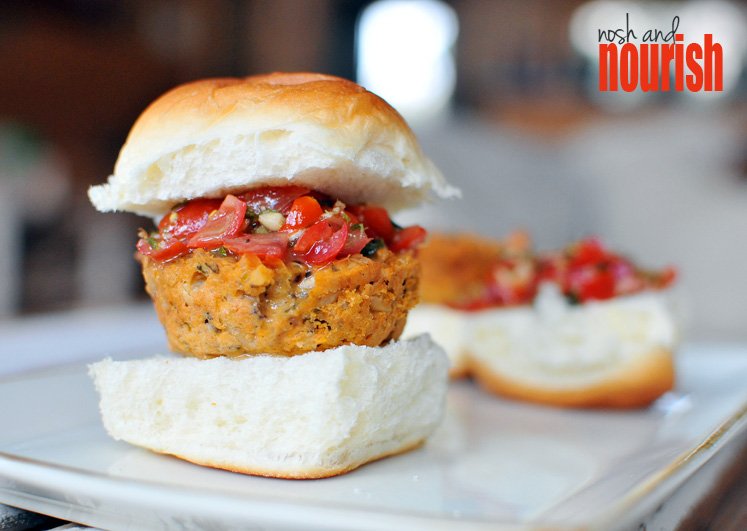 After the blizzard we had on May 1st, I thought Spring would never come!! I know "we need the moisture" but seriously, couldn't this said moisture have come during WINTER?!??!! Well, I'm pleased to announce that Spring has officially sprung here in Colorado...and with it have come mild evening temps, hummingbirds galore, budding flowers, and a renewed desire to do home-improvement projects. Am I the only one?  Consequently, I have started about 3 simultaneous projects, none of which I've finished.

Here's the before pic of the island: And here's the in-progress pic: I love how much more open it feels.  Even just with the plywood top...LOL!  We're still going back and forth about whether to do granite tile or granite slab. #firstworldproblems

One thing we can agree on though:

These Bruschetta Quinoa Sliders are awesome! I promise, once you make this bruschetta, you will want to put it on everything!  We eat it on toasted french bread, over pasta with shrimp, or seriously just by the spoonful. And the white bean sliders aren't too shabby either. Full of protein/nutrients, they are both super nutrious AND delicious :)

Or try my Black Bean Quinoa Sliders, which are more like mini hamburgers. 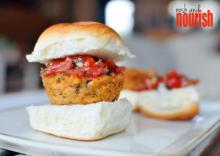 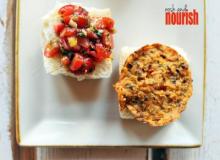